It has been said that if you give someone a hammer, everything becomes nails for them. I have my reflexology tools. It is surprising how fast some treatments give effects.

It was nice to see the lights from the French lighthouses in the night when we approached Biscay. Even when they was miles behind the horizon I could see them. Not with the sharp sight, but with the peripheral sight. Fascinating.

I’m not sure, but I think my hair has changed from gray to more white during this trip. Sun bleach.

I bought earphones with active noise reduction just before we left Haugesund. A very good investment. Primarily becaus the engine was next to my head when I wad sleeping, but also when someone become too much talkative. 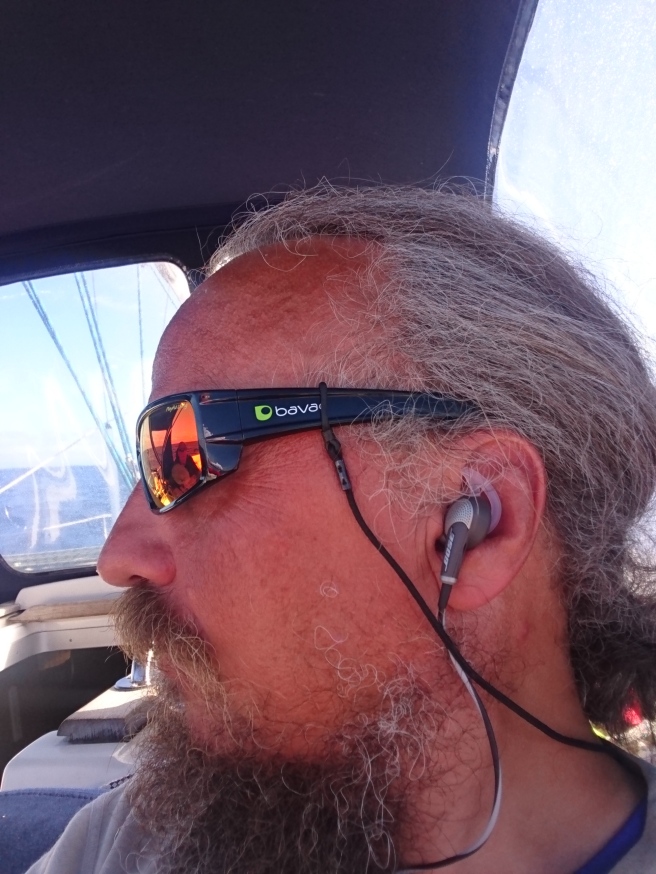 We will soon come to Acoruna, where I’m leaving the boat and heading home.

Found this lovely clock in Alderney.

The interest for Chinese medicine started as a consequence of the interest for martial art. Started with ear reflexology in 1997. Then trained in full-body reflexology by Karl Axel Lind. Chair of Norsk refleksologisk forening 2004-2005. Board member of Norske Naturterapeuters Hovedorganisasjon 2005-2009. Representing Norske Naturterapeuters Hovedorganisasjon in RiEN 2005-2014. Vice chair of RiEN 2011-2013. View all posts by arvefahlvik